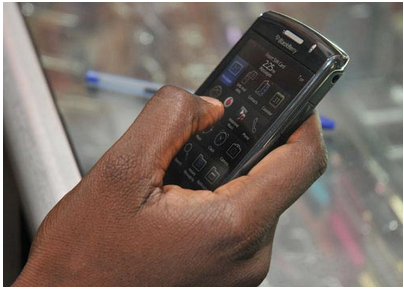 3,000 farmers will initially be reached in the aBi trust-Opportunity bank partnership in the districts of Mubende, Mityana and Masaka which are major coffee growing areas. According to aBi Trust, a collaboration between Denmark and the Ugandan government with funding from several agencies, the programme kicks off immediately.

aBi Trust’s partnership with Opportunity Bank will exploit the bank’s relationship with MTN and Airtel which enables farmers make deposits and withdrawals through their mobile phones without having to physically come to the bank’s networks.

“Loan officers will now go to the fields instead of asking farmers to come to the bank,” said Peter Ochienghs, acting chief executive of aBi Trust during the signing of the sh830m credit line at the aBi offices in Kampala on Monday.

Mobile money has in about six years courted more customers (about 10 million) compared to formal banking which has about 5 million customers. It has revolutionized financial transaction and helped with financial deepening especially in the rural areas which have for decades been underserved by formal banking.

The project will later be rolled out to 5,000 farmers in six months. It will work among producer organizations that are organized into groups of 20-30 farmers, depot committees and coffee companies to boost production and quality standards of coffee. It will enable lead farmers capture data, after account openings, monitor loans and ultimately boost post-harvest standards and marketing of coffee at district level, Ochienghs said.

“The potential is phenomenal, once they (farmers) have opened an account, they do normal banking through mobile money, even loan repayment,” noted Andre Lalumiere, chief executive, Opportunity Bank adding that the idea is to eliminate cash transactions and the associated risks. Farmers will also be trained in financial literacy for one month as they take up the loan.

Ochieng said the idea is to enable financial access to enable farmers move to the next level and boost overall income.

“With such innovation, we are helping provide inclusion, you cannot tell farmers to use improved seeds without improving financial access,” said Ochienghs.

aBi Trust has also provided a similar financing facility to Finca, a microfinance firm to enable rural people access solar systems through a grant of sh600m through the Uganda Rural Challenge Fund. The Fund is to be implemented until 2015. Finca will in turn provide a marching fund of sh714m.