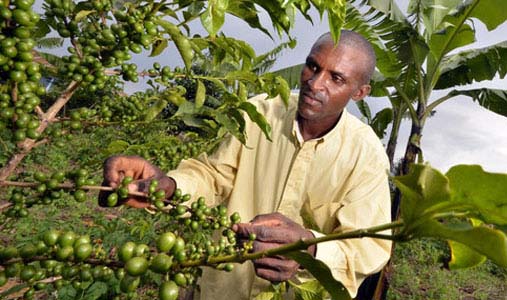 Banyankore Kweterana Cooperative Union (BKCU) Ltd has been ranked among the best performing unions in Uganda, having processed and exported 43 containers (825.6 metric tonnes) of coffee in the financial year 2014/2015.

The new tonnage surpasses the target of 31 containers (595.2 metric tonnes).
The chairman of the BKCU Board of Directors, Mr Geoffrey Beingana, disclosed the new figures at the 44th annual general meeting at the union head office in Kakoba Division, Mbarara Municipality last Friday.
Mr Beingana said the share capital was projected to increase by Shs66 million but went up to Shs273.7 million. The union has 350 primary cooperative societies from Ankole sub-region.
“The good progress is being affected by competition where many coffee buyers in the market bother less about the quality of coffee,” Mr Baingana said.

He thanked the NRM government for providing a working environment for successful coffee business by fostering the regulatory framework through the Operation Wealth Creation Programme and the Uganda Coffee Development Authority.

Shs273 million
The increase in share capital from the projected Shs66 million.