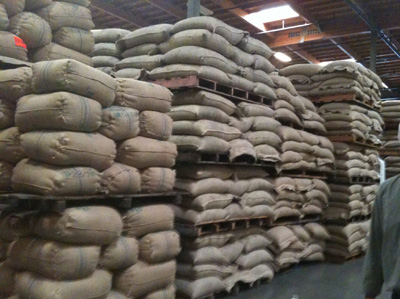 Coffee processing factory to be established in Nakaseke

Farmers in Nakaseke under the Kikamulo Cooperative Society Ltd are to setup a coffee processing factory worth sh200m, to be received from government.

The chairman Paul Sejjabi Kasolo has revealed that the factory will also have a maize milling machine – to be funded by President Yoweri Museveni   and Gen Salim Saleh’s Operation Wealth Creation.

“The investment is to enable us add value to agricultural products,” he told New Vision.

The factory to be located at Kamuli Parish in Kikamulo sub-county has 500 registered members under the Kikamulo Cooperative Society Ltd.

Kasolo said the district will produce 1000 tons of coffee in the coming season, following massive efforts that were undertaken to grow the cash crop.

“When we discussed the idea of value addition with government and Gen Saleh, it was supported. The factory and maize mill foster processing of coffee and maize for consumption and sale to the local and international market.”

Kasolo said they hope to start the procurement process of the machines in September this year.

“The locals will contribute to the factory by providing raw materials and value addition and that with the help of UCDA and other technicians, will provide workshops aimed at achieving quality assurance.”

Over 160,000 coffee seedlings mobilized from the Uganda Coffee Development Authority (UCDA) and government were distributed to Nakaseke farmers to support the growing of the cash crop in a bid to fight poverty.

Kasolo hailed government for identifying with the locals and supporting wealth creation projects.

Government has availed some farmers with capital, skills training and other inputs to support agriculture and livestock projects and other local business to create wealth and end poverty, he said.

He also hailed Gen Saleh who has channeled his support to agriculture in the district through Namukenkela Rural Industrial area where he houses various local development and income-generating projects funded by the government.

Some of the projects are gooseberry growing and packing, plus honey projects.
From: New Vision