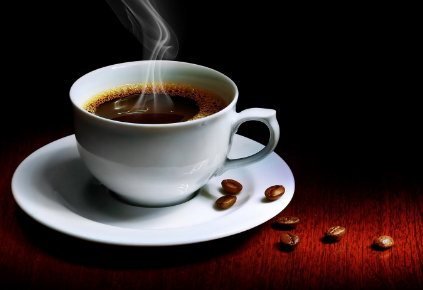 Drinking four or more cups of caffeinated coffee daily may significantly reduce the chance that colon cancer will return in patients who were diagnosed with stage III of the disease, a study said Monday.

The study involved about 1,000 patients, all of whom had undergone surgery and chemotherapy for stage III colon cancer.

Researchers at Dana-Farber Cancer Center in Boston found that the greatest benefit was seen in those who drank four or more cups of coffee a day, for about 460 milligrams of caffeine.

Those who drank two to three cups of coffee daily experienced a “more modest benefit, while little protection was associated with one cup or less.”

The researchers found the lowered risks of recurrence and death were specifically tied to the caffeine in coffee rather than other coffee components.

Stage III disease means that the colon cancer has been found in the lymph nodes near the original tumor site, but not elsewhere in the body.

Lead author Charles Fuchs, director of the Gastrointestinal Cancer Center at Dana-Farber, said these patients have about a 35 percent chance of the cancer coming back after treatment.

Most recurrences happen within five years of treatment.

“We found that coffee drinkers had a lower risk of the cancer coming back and a significantly greater survival and chance of a cure,” Fuchs said in a statement announcing the study’s findings.

Other studies have suggested that coffee may have a protective effect against postmenopausal breast cancer, melanoma, liver cancer and advanced prostate cancer.

More study is needed to confirm the study’s finding of the link between coffee and preventing colon cancer’s return.

“If you are a coffee drinker and are being treated for colon cancer, don’t stop,” Fuchs said.

“But if you’re not a coffee drinker and wondering whether to start, you should first discuss it with your physician.”
From Newvision