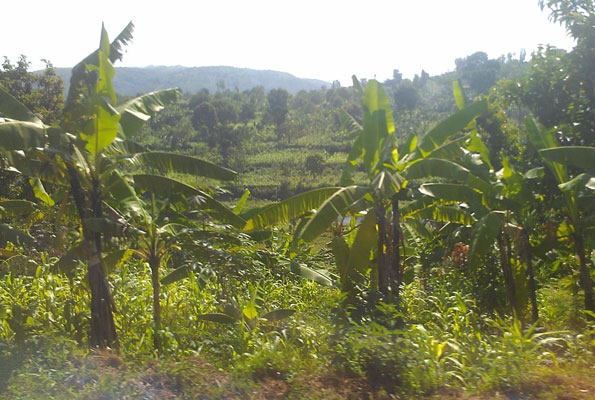 Farmers at centre of environment conservation

Burundi may be the smallest among the five countries in the East African Community (EAC), but stands out as the giant in environmental conservation and management.
Farmers have been mobilised and taught about soil erosion control measures. Particularly, growing trees on hills and slopes. Large tracts of land in this largely hilly country have been cultivated. There are thousands of hectares of eucalyptus trees, bananas, coffee, maize and cassava.

Lots of lessons
Environmental experts from Kenya, Tanzania and Uganda were impressed by Burundi’s success story. During a five-day visit under the auspices of the Lake Victoria Environmental Management Project (LVEMP-II), the officials noted the environment conservation efforts, via mobilisation of communities, designing programmes and effectively implementing them.
Agnes Tobterik, a director in Kenya’s State Department of Environment and Natural Resources, said she was impressed by the greening of the mountain and hill tops with eucalyptus trees, grass-banding, construction of ridges/contours and terracing to control soil erosion.
“We have learnt a lot of lessons here, especially how the government and the people are addressing environmental challenges…… partly through good agricultural practices.” Tobterik said at a press briefing in Gitega, central Burundi. She added that the regional exchange visit was an opportunity to learn about Burundi’s implementation of environment and agricultural policies.

Grassroots initiatives
On his part, Simon Akwetaireho, community development specialist at the water and environment ministry, observed that it was from small initiatives involving the grassroots communities, and simple tools, in addition to utilisation of arable land for agriculture.
“The agro-forestry component and community involvement are strong points they have used, and contributing to the watersheds that provide tributaries feeding into major rivers that supply water to Lake Victoria. These are key factors good for a largely farming East African region,” he said.

Facts about Burundi
Burundi is a small landlocked country with an economy dominated by subsistence agriculture. It is the second most densely-populated country in Africa.
The country ranks 178th out of 186 counties on the Human Development Index (HDI) and 90 per cent of the population live on less than US$2 per day.
The EAC member state has rapid population growth and that presents serious challenges. Her population is young and growing rapidly: nearly seven out of ten people are under 15 years.
Rapid population growth has led to a decline in average land-holdings from over one hectare in 1973 to 0.5 hectares in 2009. The average population density is 257 people per square kilometre and if population growth continues at its current rate, Burundi’s population will double in the next 22 years.
Ninety per cent of the population is small-scale subsistence farmers. The main staple crops are banana, cassava, sweet potato and beans. Bananas alone make up almost 30 per cent of the total cultivated area and were 44 per cent of the total value of crop production between 2006 and 2008.
Coffee is the main export, accounting for more than 60 per cent of export revenues but national production is in decline: Other cash crops include cotton, sugar and tea.