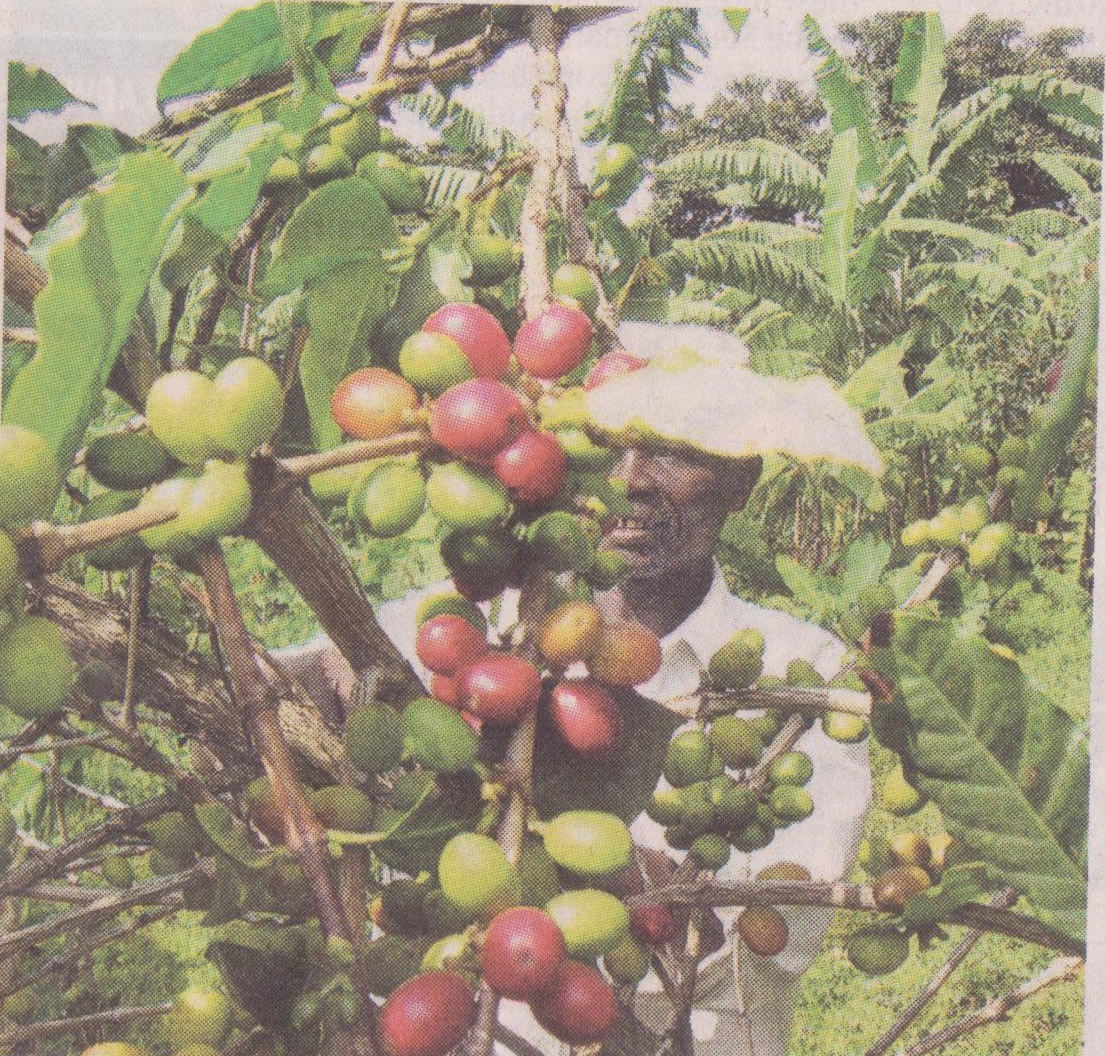 A farmer picking coffee berries. The coffee policy will only be relevent if the Government deals with challenges facing the industry.

The coming in to force of the National Coffee policy launched last week was considered a great milestone in the country’s agricultural sector, but farmers have asked the government to maximize its benefits by availing resources to enable its consistent implementation.
Farmers say much as policy in place there are still challenges as associated with creating public awareness about it, which will require a consistent flow of information in languages understood by

coffee farming communities across the country.
Speaking to the media after the launch at the media after the launch at the Coffee Research Institute at Kituza in Mukono district, Cyprian Bangirana, the vice-chairman of the National Union of Coffee Agri-businesses and Farm Enterprise (NUCAFE), noted that the policy will be more relevant only if the government deals with numerous challenges facing the coffee industry.
“NUCAFE members have been at the centre of the policy right from demanding for it, its formulation process to the launch. Our advocacy continues into lobbying government to emphasize funding coffee research initiatives, avail disease resistant seedling and create an enabling environment for long term financing,” he said
Prof. Zerubabel Mujumbi, the agriculture state minister, said Government is getting more focused on boosting the coffee industry having recognized its’ role in supporting socio-economic progress.
“The government will work together with other stakeholders in the coffee industry to ensure the policy is significantly operationalised. We consider coffee as a key driver for this economy, especially in terms of dealing with household poverty,” he said.
Coffee has been contributing an annual average of 20% of Uganda’s total export revenue over the last 10 years.
The Uganda Coffee Development Authority managing director Henry Ngabirano, noted that the policy comes at a time when northern Uganda is adopting coffee growing creating optimism that the policy will serve an increased number of players.
The policy implementation and dissemination will also be supported by Feed the Future: Enabling Environment for Agriculture Activity, a project spearheaded by USAID to tackle global hunger, food security, poverty reduction and streamlining development policies within the domain of agriculture.