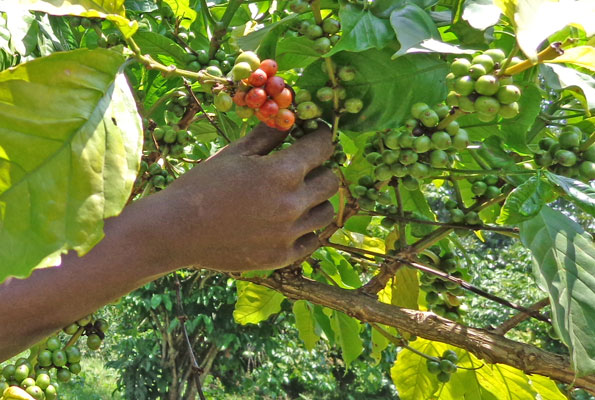 Farmers’ incomes are expected to look up as global coffee prices suddenly begin to rise, your cup of coffee could cost you more.

Records from the International Coffee organisation (ICO) show that the price of Composite is now $149.13 cents/lb, up from $104 cents/lb it traded at the beginning of the year.

The monthly average of the ICO composite indicator has risen by 25.7 per cent in February 2014, its highest level in last five months.
The composite increased consistently over the course of the month, starting at a low of 104.52.

The ICO group indicators underwent more mixed fortunes, with the three Arabica groups all increasing significantly while Robustas fell slightly.
Experts say dry weather in January in several coffee‐growing regions in Brazil has been seen as detrimental to the development of the 2014/15 harvest, supporting coffee prices over the course of the month.

“Much of the recent price support has been due to speculation over the size of the upcoming Brazilian crop,” the ICO report stated.

Farmers have high hopes
Giving his interpretation on what is happening, Mr David Barry, the managing director of Kyagalanyi Coffee, says: “The current trend in the movement of the global coffee prices is very astonishing. Our hope is to see the price stabilise.”

He added that this trend is a good sign to farmers because their incomes are set to improve.

Exports of both Colombian Milds and Brazilian Naturals were higher for the year, up 31 per cent and 2.1 per cent, respectively.