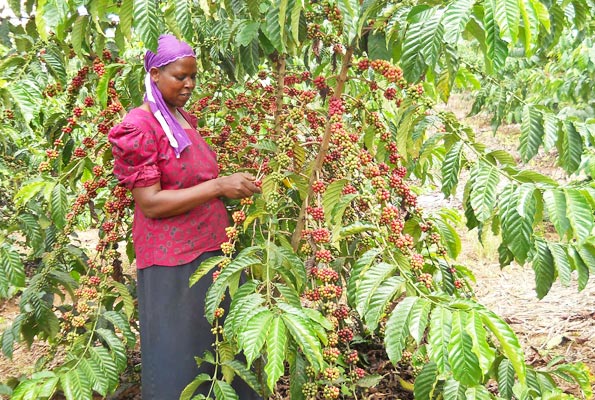 Increase in global coffee prices not yet impressive, experts say

Despite a slight increase in global coffee prices, farmers should not jubilate yet as the current prices are not yet impressive, experts have said. According to the International Coffee Organisation (ICO), there was a 4.6 per cent increase from December 2013 to date.

Information from ICO indicates that by the close of December the composite price indicator price increased by 5.5 perc ent to 106.56 US cents/lb. However, this is still its second lowest level of the year.

The ICO report notes: “All four group indicators recorded higher monthly averages, with the most significant increase observed in Robustas, which rose by 10.3 pe rcent to 87.89 US cents/lb, its highest average since August.

The monthly average of Brazilian Naturals increased by 4.7 per cent to 107.40 US cents/lb, while other Milds increased by 3.2 per cent to 125.97 cents and briefly traded above Colombian Milds, which averaged a level of 126.54 cents, 1.5 per cent higher than November.

Price volatility has also increased for almost all indicators since November. “In terms of price differentials, the most significant trend was the convergence of Colombian Milds and Other Milds, with the difference narrowing to an average of just 0.57 cents compared to 2.63 cents in November,” ICO said.
This is the lowest gap since June 2005.

Coffee report shows changes in price differences
The ICO report shows the price differences changed considerably over the last year as exports of Colombian Milds have increased, mostly due to the recovery in production by Colombia, while shipments of Other Milds have gone down. All group indicators showed signs of convergence during December, with the arbitrage between the New York and London futures markets down 6 per cent to 37.38 cents, its lowest in five years.