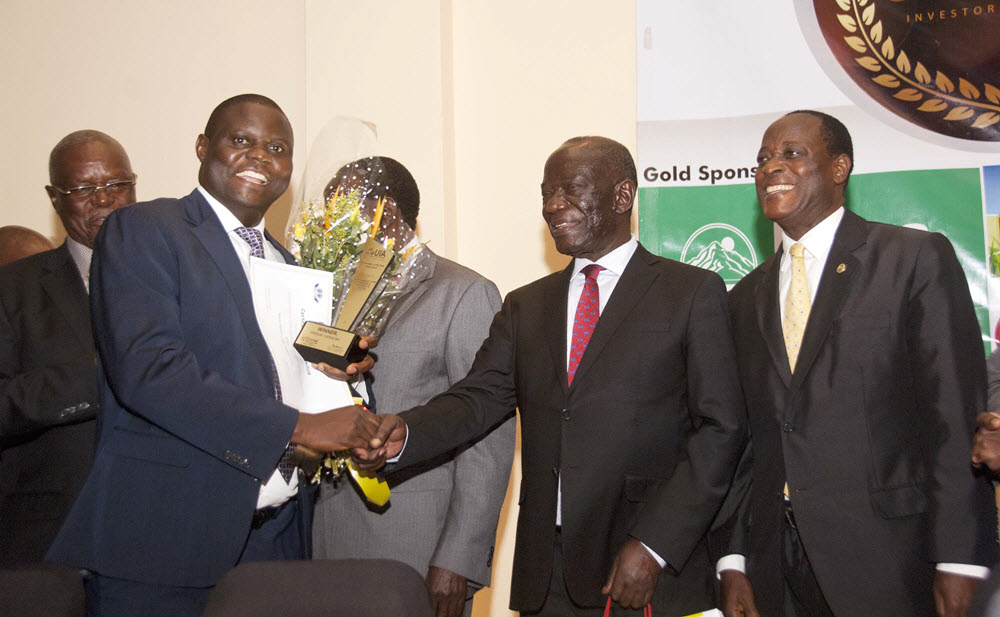 Corporate efforts at driving forward economic development in Uganda through greater private-sector investment and job creation activities were recognised by the Uganda Investment Authority (UIA) which hosted the Investor of the Year (INOY) Awards 2015 gala and exhibition at the Hotel Africana in Kampala, Uganda on Friday the 24th of June 2016. The Awards were part of UIA’s celebrations to mark 25 years of existence and were held under the theme “25 years of facilitating investors” by recognising investors that have successfully implemented business development projects before the cut-off of June 2015.

Among the nominees for an award, the event saw the National Union of Coffee Agribusiness and Farm Enterprises (NUCAFÉ), an umbrella national organisation of coffee farmers, chosen as the overall winner of the Investor of Year Awards, in the Medium Sized Enterprise category for their outstanding contribution to local coffee farmers. Through their $3.5m (11.8 billion Ugandan shillings) investment project, farmers are able to add value to their coffee product before it is exported and readied for the global market. NUCAFÉ’s efforts in establishing a full bean processing facility for cleaning, drying, sorting/grading, roasting, grinding, blending and packaging coffee resulted in its securing of the award, presented to NUCAFÉ’s Executive Director, Joseph Nkandu by none other than the Vice President of Uganda, Mr. Edward Ssekandi himself.

While receiving the award, NUCAFÉ Executive Director, Joseph Nkandu congratulated the UIA for recognising the work and commitment of small-scale farmers who have revived the coffee sector in Uganda. He also said, “Through the introduction of the farmer ownership model, a step by step process, farmers are now more empowered and involved in the process of handling coffee from a farm level to the final product. As proof of our success, NUCAFÉ also exports value-added coffee products to countries such as Italy, Denmark, Romania and South Korea through a partnership approach to addressing export opportunities. In the last six months, we have exported 15 containers, each going for $40,000. The exports are expected to grow with the full operationalization of our facility in Namanve, Uganda.”