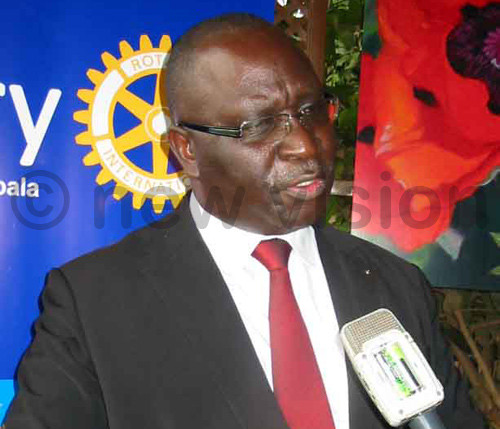 COFFEE farmers are working out ways to lure a majority of youths back into growing the cash crop from the boda-boda business they have recently embraced.

The Buganda Kingdom minister of investments, planning and economic development Robert Waggwa Nsibirwa who is also the District General of the 80 Rotary Clubs said the new initiative dubbed Coffee on Wheels is intended to entice the 77% of youth that constitutes the Uganda’s population into the activity to make it vibrant.

“Youths are not there in Coffee production. It has been only left to the old people and women. The problem is quick money that’s why they have resorted to boda-boda riding in the city,”Nsibirwa noted.

Nsibirwa said through training the youths will be selling hot beverage on the wheels at functions that will be mobilized by members of the rotary club of Kampala –impala.

He added that this is part of the campaign by the Rotarians around the country to work with youths to start creating jobs for themselves. Nsibirwa noted that a big percentage of the youths have not been exposed to common sense jobs that has resulted in criminal activities.

Nsibirwa revealed that he has requested all the members to reach out to the youths for training in skills that will transform their lives and communities.

The remarks were made at the installation of Rehema Kasule, the 4th president of the Rotary Club of Kampala-impala at Kati Kati restaurant in Lugogo.

In her acceptance speech Kasule promised to skill the communities and youths to prepare them for future responsibilities. She said she is going to visit schools to inspire pupils.

Kasule has developed talking compounds which are placards that are going to be placed around schools to cause awareness and pass good values to them.

“Here in rotary we handover power peacefully and we want to pass such values to the children,” Kasule said.
From New Vision