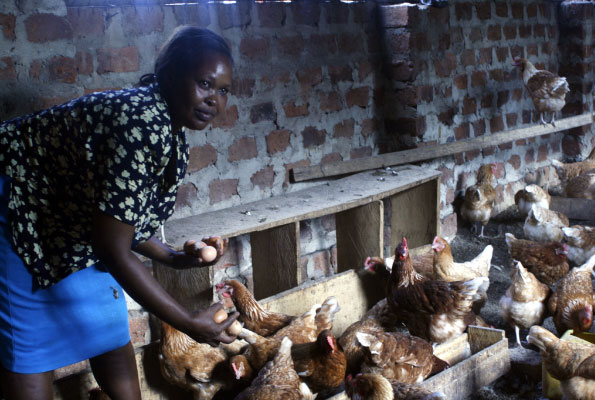 The Democratic Party is calling upon government to allocate more funds to agriculture in the 2014/2015 Budget. As a farmer, I should be nodding my head in agreement but instead I am shaking it in disagreement. The party, whose symbol is the hand hoe, has got it totally wrong this time.
Allocating the suggested 10-15 per cent of the national budget to agriculture will not automatically transform the sector which has so far failed to realise its full potential. If it was a question of money, then Naads would have delivered us to the promised land. Money is a resource Naads has or had in plenty.
But instead of transforming the sector, Naads money became a problem, shifting emphasis from service delivery to accountability. In the end, some coordinators were spending most of their time forging documents, instead of delivering services to the farmers.

Support the other sectors
Today, there is talk of placing Naads under Ministry of Agriculture, Animal Husbandry and Fisheries (Maaif). That is a vote of no confidence in Naads, and a big lesson for all of us.
The campaign to transform agriculture has to involve everyone, not a few individuals or institutions. There is need for support and cooperation from other sectors in order to develop. It is a big mistake, trying to develop it in isolation. It does not make sense pumping more money in agriculture, when other sectors are ailing.
The sector needs healthy, educated people to work on farms and other areas of production, processing and marketing. That calls for increasing funding in both health and education sectors. Farmers need good roads to transport their produce to the market. That means more funding for the roads authority–UNRA–to develop a proper transport network.
Instead of demanding for a bigger allocation in the national budget, the focus should be on harnessing the resources that already exist in different sectors to develop agriculture.
Since agriculture employs more than 80 per cent of the population, contributes about 20 per cent of the Gross Domestic Product and supplies most of the inputs used by other sectors, it is, therefore, in everyone’s interest, not only farmers, that it develops.

Time to revisit our history
The period, 1971–1979, is often referred to as the golden age in Uganda’s sporting history. That is when John Akii Bua set a world record at the 1972 Munich Olympic Games and Uganda Cranes made it to the finals of the 1978 Africa Cup of Nations in Ghana. In between, Ugandan boxers were knocking out whoever took them on in the boxing ring.
What was the secret behind this success? Certainly, it was not money. The economy was doing badly.
The secret was President Idi Amin’s campaign to demystify sports. Big Daddy saw to it that every Ugandan, young or old, participated in sports. Leading by example, the president regularly played football, basketball, swimming, boxing, motor rallying and target shooting.
The task of developing sports was not left to the line ministry, like the case is today. Almost every ministry and government institution had a sports department, headed by a sports officer.
Government institutions and private companies bankrolled teams in different sports. The armed forces doubled as breeding grounds for sportsmen preparing for national duty- as Amin put it.
Police and Prisons dominated athletics. John Akii Bua was a policeman. The army dominated football, supplying most of the players in Cranes. It was because of Hima Cement that Kasese became a national boxing powerhouse.
Bank of Uganda, Post Office and other government departments bankrolled teams in different sports disciplines. Schools were required to include Physical Education on their daily timetable.
Civil servants had to take part in physical exercise or drills daily.
The same strategy can work for agriculture, if we all got involved. Transforming agriculture should be everyone’s responsibility, not just Naads or Maaif.

KCCA is already doing it
As part of its campaign to combat unemployment among the urban youth, KCCA has set up a model farm in Kyanja to demonstrate various farming enterprises that can be set up in urban areas.
Even before it officially opens to the public, the farm is already attracting groups of youth looking for ideas and inspiration.
The youth are impressed, at the same time challenged, to see animals living in a much cleaner environment and feeding better than some city residents. This is an initiative that urban authorities in other parts of the country can adopt, utilising idle resources like land, to create jobs, while ensuring food security for their residents.
Like sports, farming skills are best acquired at a young age. For that reason, schools have a big role to play in attracting youth into farming.
Forming young farmers’ clubs, organising school trips to agricultural shows and setting up school gardens where students can experiment, are some of the activities that can get the youth interested in farming.
Many schools have idle land, which is being targeted by land grabbers. One way of protecting it is to put it to use. The children will get even more motivated, if they are allowed to sell their produce to the school or the community to earn some pocket money.
Unfortunately, many schools use farming as a punishment for bad behaviour, forcing students to work long hours on the school farm, often without rest or food. This has to change.
A school farm should be a fun place, where students indulge in agritainment and other fun activities that are related to farming.

The author is a farming journalist and a consultant.