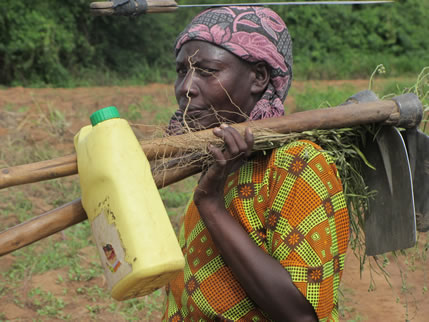 A campaign to increase coffee production in Lango and Acholi sub-regions has kicked off with Uganda Coffee Development Authority (UCDA) pledging to raise 100 million coffee seedlings to distribute to farmers in the region.

UCDA officials said the campaign is to increase export from the current two million bags to 4.5 million in the near future.

“We have a target to plant 100 million seedlings starting next year. The seedlings will be given free,” said Mike Maliro, the UCDA regional manager during a coffee exhibition at Lira Mayor’s Gardens on Friday.

He added that they will establish a coffee factory in Lira to boost the production of high quality coffee for the world market.

Col. Bosco Omure, one of the potential coffee farmers said under the Presidential initiatives, farmers in northern Uganda will get 2 million seedlings for planting.

Other items to be promoted include citrus growing, cattle and pig rearing to fight poverty.

Omure, a resident of Abwoli Olil village in Amac sub-county, Lira district was appointed by President Yoweri Museveni as the co-ordinator of anti-poverty programme in the region.

He said Aswa ranch will be used as cattle multiplication centre while Awere, Agago, Atiak and Ngetta will be for seedlings growing.

The country director Café Africa, Harriet Faula, called for an increase in production and quality.
From NEW VISION