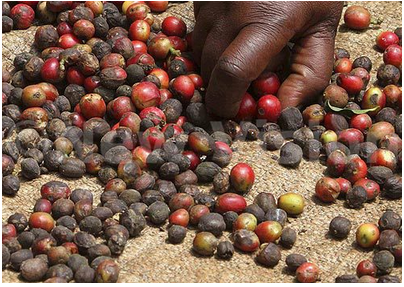 Uganda’s coffee exports rose 7 percent in December from the same period in 2012 as farmers sold more of the commodity to raise money for the holiday season, a source at the Uganda Coffee Development Authority (UCDA) said on Wednesday.

“I think farmers were forced to sell larger volumes of stock because they needed money for Christmas and the holidays but also there was ample sunshine which was crucial in quick drying of the beans,” the source at the industry regulator UCDA told Reuters.

The source added that the country earned $25.4 million dollars from the exports in December, down from $30.1 million in the year ago period, thanks to variations in coffee prices.

Uganda is one of Africa’s biggest coffee exporters and the crop is one of the government’s main sources of foreign currency.