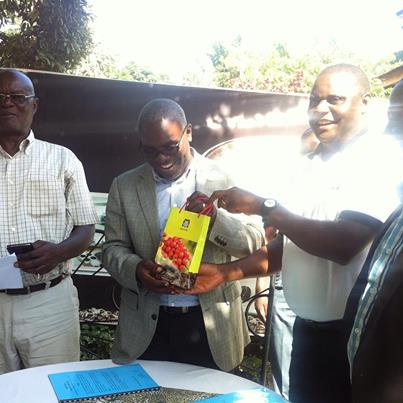 Vision Group in partnership with the National Union of Coffee Agribusinesses and farm enterprises (NUCAFE), have started a drive to ensure coffee exports rise in 20 million bags a year.

Currently, the country is exporting between two million and 3.5 million bags of coffee annually. The Vision Group-NUCAFE coffee campaign follows President Yoweri Museveni’s call to increase the exports to 20 million bags annually by 2040.

The drive will promote the entire value chain both a business and a source of employment for the youth as well as domestic consumption of coffee.
Vision group will create awareness of the commodity and the benefits to the individual and the country.
The partnership agreement was signed by Vision Group chief executive officer, Robert Kabushenga and the NUCAFE executive director, Joseph Nkandu, at Omukago Café on Buganda Road In Kampala on Friday. NUCAFE chairman Richard Ssendaula witnessed the signing.

Under the agreement, farmers’ associations will be availed newspapers with information on coffee to inform their actions and choices, according to Dixon Ampumuza Kagurusi, the vision group advocacy manager.
And according to Nkandu, this will eventually help farmers graduate from operating at a small-scale to value addition which will increase earnings.
NUCAFE has a membership of 188 farmer organizations serving over one million small-hoder farmers across the country.

However, Ssendaula warned that the goal of exporting 20 million bags by 2040 may not be realized if the issues that determine coffee prices on the world market are not addressed.

The 20 million bags must be quality coffee, Ssendaula said. He called on the Government to empower researchers to continue researching on the latest varieties which would provide which would provide alternatives in case of disease outbreaks. He explained that Ethiopia, Kenya and Rwanda have standby disease resistant varieties and are continuously researching for more.