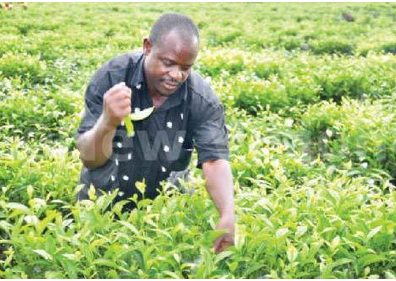 The Government has demarcated the country into various agricultural zones to promote particular agricultural products for commercial purposes to boost household incomes.

It also indicated that the Government will implement a $120m five-year World Bank project to promote food security.

Among the cash crops targeted is coffee, where 100 million seedlings will be distributed to farmers in coffee-growing areas annually for the next three years.

Coffee seedling nurseries are to be established using contract farmers at sub-county levels in 79 districts across the country where coffee grows best.

In addition, the Government will undertake tea development interventions to ensure production of 65,000 metric tonnes of tea in 2014/2015, with about 63,000 tonnes for export.

Tea growing will be supported in 17 districts. The Government will ensure quality on tea seedling nurseries and value addition by supporting the establishment of tea factories in Buhweju, Kisoro and Kabale.

Production and value addition for selected crops such as maize, beans, rice, cassava and coffee will be boosted.

For rice, the plan is to harvest 350,000 metric tonnes, up from 233,000 metric tonnes. Others include cassava, bananas and fish for which four hatcheries will be established in Gulu, Bushenyi, Mbale and Kajjansi.

About 1.02 million dairy heifers will be distributed to households in the next three years.

The Government will establish irrigation schemes in Naigombwa (Iganga) and Igogero (Bugiri) and rehabilitate Kiige (Kamuli) and Odina (Soroti) schemes.
A farmer in Kanungu district demonstrating how tea leaves should be picked Tea growing will be supported in 17 districts