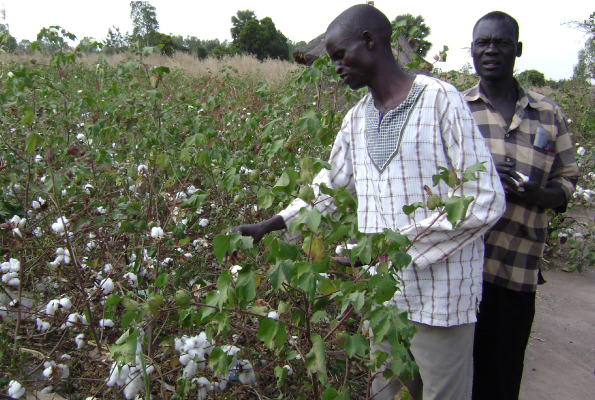 Statistics collected by the Ministry of Agriculture, Animal Industry and Fisheries (MAAIF) on two traditional cash crops, coffee and cotton, shows that the two crops will continue to play a key role in the economy.
This is because both crops are of interest internationally, and hence a ready market.

Attention to improvement
Mr Khaukha was speaking at a high-level policy dialogue, Monitoring African Food and Agricultural Policies (Mafap) Ugandan Country Analysis, which was held on April 14 in Kampala.

However, he noted, Uganda would be earning more from coffee but it is exported in raw form which is priced lower than if it was processed. Thus Uganda faces stiff competition from other coffee growing countries like Brazil, Ethiopia and Kenya. “For Uganda’s coffee to remain competitive, attention should be on improving the productivity and quality,” Khaukha said.

The farmers have been able to benefit from slight price increases in recent years, especially from 2007 to 2011. Locally, they receive up to Shs4,000 per kilo of coffee while at the international prices, when converted, is about Shs5,000.
On cotton, Khaukha pointed out that the number of farmers growing cotton on at least two acres ranges from 250,000 to 300,000, mostly in north, north east, eastern, central and western regions. And while many have abandoned cotton growing due to decline in prices and collapse of the corporative unions, he noted that cotton is still an important crop.

Findings
Like with coffee, he said: “For cotton to be competitive, productivity must be improved to lower unit cost and cost of marketing cotton needs be lowered.” There is a lot of price distortion in the market, which is a disincentive to farmers.

Also at the event, findings were presented from a study on the agriculture sector and budget by Economic Policy Research Centre (EPRC). Dr Isaac Shinyekwa, research fellow at EPRC, said allocation to agriculture over the years has been characterised by increases and decreases. In the recent years, this has in the range of Shs3.5b to Shs4.1b.

Farmers’ participation
Charles Ogang, president, Uganda National Farmers Federation (UNFF), said whereas government makes budgets for agriculture every year, the allocations are made without the participation of farmers.

“Budget conferences are held with presence of farmers, but with no follows up. With no machinery to monitor agriculture, this continues to have a negative impact on the performance,” he said.

So, for agriculture to register improvement out of the national budget allocations to the sector, farmers must be involved in planning. “We strongly believe that without participation of the farmers, it is not for farmers,” Ogang said.