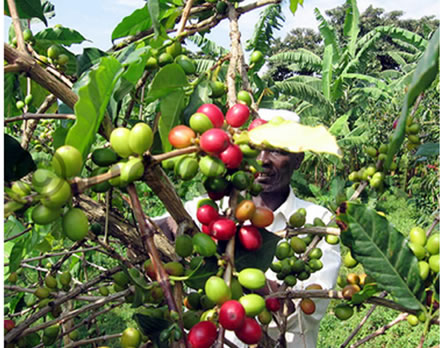 The recommendations are contained in the committee’s report to Parliament on UCDA read to Parliament by the chairperson, Ssemujju Nganda, last week.

The committee gave UCDA six months to write off from their books of accounts shareholding in the joint ventures or be punished. The report is yet to be debated by the House.

The report implicates President Yoweri Museveni’s brother, Gen. (Rtd) Caleb Akandwanaho (Salim Saleh), who MPs accuse of influence peddling in regard to one of the joint ventures.

In June 2007, the then state minister for economic monitoring, Kagimu Kiwanuka, requested for a special audit into three joint ventures, entered into with private companies, to promote sale of Ugandan coffee in Denmark, Egypt and China.

Ssemujju said they were informed that sh7.6b had been injected into these joint ventures before they collapsed.

He explained that in 2003, UCDA entered into a joint venture with a company called Uganda Coffee House APS, Denmark and that the agreement was signed on October 29, 2003.

The company, according to the report, is a subsidiary of House of Uganda Coffee Ltd owned by several other Ugandan companies and individuals including Saleh.

The report further notes that M/S Akiba (U) Ltd incorporated on October 4, 2001 changed its name to M/S Akiba International Ltd, and the company directors included Saleh and Jovia Akandwanaho, the wife.

“It is this M/S Akiba that owns 70% shares in the company that UCDA entered into a joint venture with,” Semujju said.

For M/S House of Uganda Coffee Ltd, the committee, established that by August 2003, the list of directors had expanded to Saleh, Chris Kyerere, Collins Okecha and Job Chekwot, but by April 27, 2010, Saleh and Jovia had become the only directors of the company.

The company eventually changed its name to M/S Mt. Elgon (U) Ltd, but the Uganda Registration Services Bureau had told the committee that they had not found this name in their computerised register.

Ssemujju also informed MPs that UCDA entered into a joint venture with TESCO Union of Egypt, which was registered as Uganda-Egypt Coffee Manufacturing Company, but by the time the joint venture collapsed, UCDA had injected slightly over sh1b.

Another agreement was signed in 2002 between Uganda and China. Subsequently, Beijing Chenoa Coffee Company Ltd was established as a joint venture partnership between the Beijing North-star-industrial Group and UCDA. But this too collapsed.