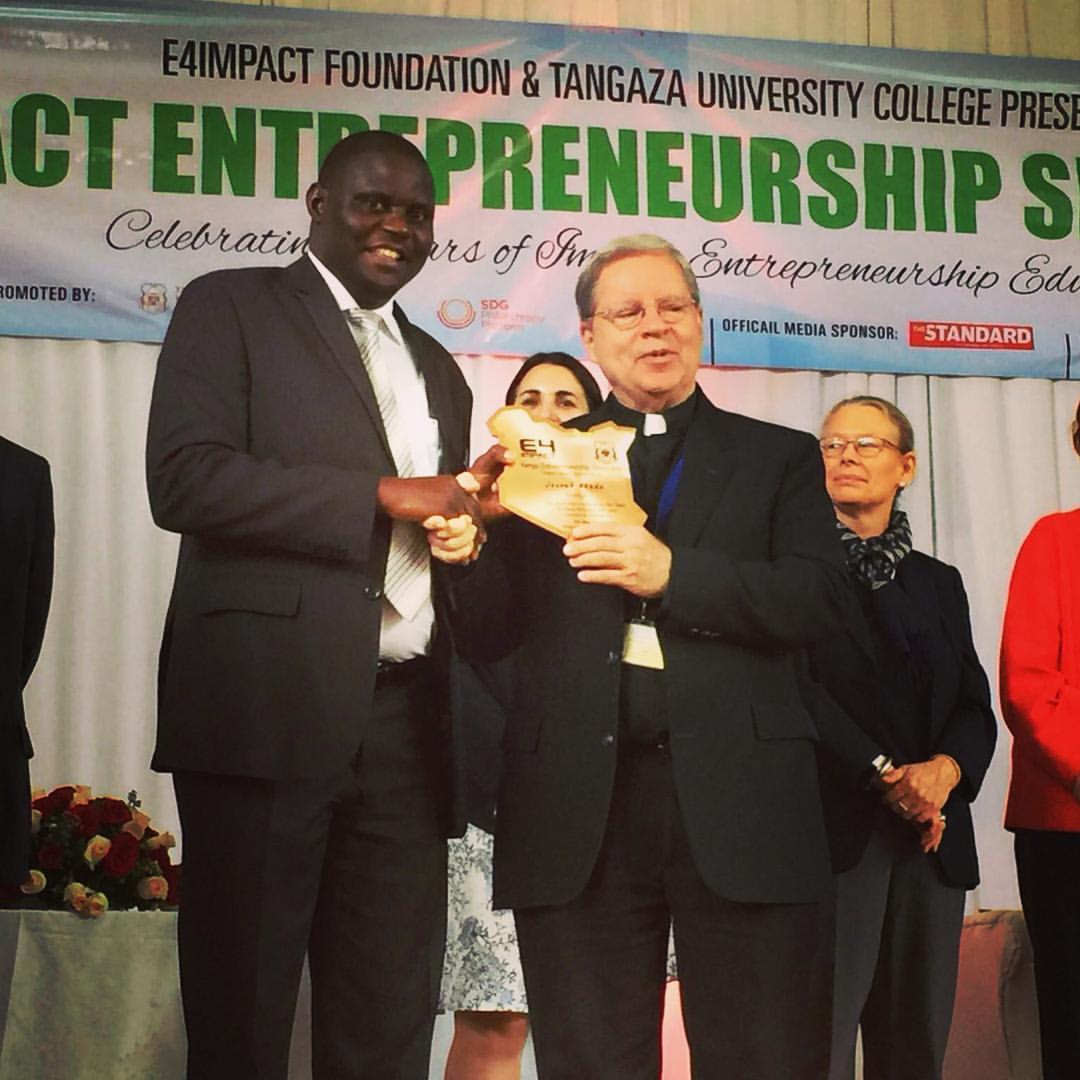 Joseph Nkandu, the executive director of the National Union of Coffee Agribusiness and Farm Enterprises (Nucafe), has won yet another international recognition for his efforts in empowering smallholder coffee growers in Uganda.

Through the Nucafe network, which has more than half-a-million smallholder coffee farmers, Nkandu has helped the cash-crop growers move from selling unprocessed to processed coffee, which fetches more value and better prices on the market.

Nkandu’s Farmer Ownership Model approach has also enabled Nucafe members own many enterprises such as coffee nurseries, processing, grading and roasting factories along the value chain.

Furthermore, as one of Nucafe’s founding directors, Nkandu is widely credited for creating a readily-available market for the union’s members. As the leader of Nucafe, Nkandu has played a big role in formulating and advocating for the national coffee policy, which government will use to enforce standards and promote good farming practices.

While presenting the award to Nucafe board members in Kampala last Friday, Nkandu said it was a well-deserved award since Nucafe now has two ready-to-drink coffee brands on the market.

The powdered ready-to-drink coffee on sale includes Omukago Pearl of Uganda and Nucafe brands, packed in 50 and 100-gram sachets. Nkandu noted that Nucafe is the only organization whose brands are owned directly from farm to the consumer.

The latest recognition becomes one of the numerous gongs that Nkandu and Nucafe have earned for the unwavering efforts to promote quality coffee growing and production.

Nkandu is a renowned coffee grower and exporter himself. His farming model is credited for eliminating the role of middlemen in the coffee value chain, many of whom used to cheat farmers.
From Observer