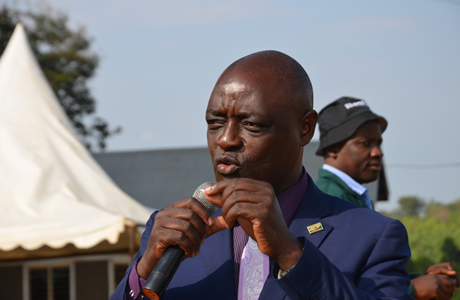 Uganda has been tasked to improve its coffee quality if it wants to sell its product at a premium price on the global market.

Speakers at the just-concluded African Fine Coffee conference held at Serena hotel in Kampala observed that while Uganda was upping its coffee production levels, its Robusta and Arabica coffees received negative differentials at the world market because of poor quality.

This means it fetches less money than it would have if it was rated positively.
Agriculture minister Vincent Ssempijja said the country was determined to work on coffee quality. He said it is only then that the country can sell its coffee at a premium.

Poor quality for Ugandan coffee comes because farmers pick green bellies. The other problem is poor post-harvest handling, where farmers dry cofee on bare ground – which affects the eventual class of the coffee.

Konrad Brits, the director of Falcon Coffees in UK, said “Ugandan farmers have not been taught how to handle their coffee. The handling is very poor, resulting into the negative differentials we see today.”

Uganda is the second biggest producer of coffee in Africa after Ethiopia. The country produced 4.6 million bags as at end of last year, according to the Uganda Coffee Development Authority (UCDA).

The country fetched up to $500m after the cash-crop’s prices edged up.

The issue of climate change was also raised as one of the challenges already starting to impact production. That it also affects uniqueness and flavour.

Judith Ganes, President of J. Ganes Consulting LLC, a commodity advisory services firm, said: “Some small coffee producing countries are getting extinct and no longer as relevant to the market.”

She said world coffee production was going up on a regular basis but the smallest coffee producers are not able to keep up.

“Most of the smallest producers are here in Africa,” she said. This could be because they still depend on archaic ways to grow the crop – reliant on rain, work without fertilizers and have smaller farms that don’t make any economic sense.

Ganes added that while a lot of supply is likely to come from Brazil next year, the market already knows what is there and it is already factored into the current global prices. This means the global coffee prices are unlikely to significantly slump in the next two years.

Countries like Uganda can take this advantage to cash in on the high prices.

Uganda has recently gone on a charm offensive to increase coffee production by distributing free seedlings to farmers. The country projects its production to reach 20 million bags annually in the early 2020s.

While this will likely increase earnings, it will not be enough if farmers are not taught better agronomical practices.